The Different Ways to Brew Beer

There are many different ways to brew beer. You will learn about the ingredients you need to make the beer, the equipment you will need, and the cost. After you learn all these different things, you’ll be able to choose the perfect recipe. And, of course, you’ll have a great alcoholic drink to enjoy with your friends and family.

There are many different methods of brewing beer. Each method requires different techniques and requires a different amount of grain. Some methods require up to 10 pounds of grain for each batch. Others, called extract brewing, use little grain or only malt extract. The difference between all of these methods lies in the way they approach the brewing process.

Regardless of the method you choose, you should learn as much as you can about the ingredients used. For instance, there are three main types of grains used in the brewing process. Barley is the most common, but you can use other types of grains if you prefer. In either case, the grains will be soaked in water until partially germinated. This will help activate enzymes in the grain. Once this happens, you can add yeast to ferment the grains. Then, you will need hops to balance out the sweetness and bitterness of the wort. Hops also have preservative properties.

Some methods are very simple, while others require more intricate processes. Beginner brewers should purchase a starter kit to get started. Many homebrew supply stores sell kits with crushed specialty grains, yeast, whirfloc tablets, and more. Then, they can use these ingredients to make their own beer.

The process of brewing beer is relatively simple. You add yeast cells to the nutrient medium (wort). The yeast will utilise the nutrients in the medium to grow and multiply. They will then excrete ethanol, carbon dioxide, and other small metabolites. This fermented medium is called ‘green beer’ because it smells like green apples.

In addition to malting and milling, the process of brewing beer also includes boiling and fermenting. Fermenting is the process of converting fermentable sugars into alcohol and carbon dioxide. It is important to note that this process is only the first step. Once you have finished brewing, you will need to filter and cool your beer before releasing it.

The brewing industry has undergone numerous technological developments since the early 1800s. While the number of major breweries in the United States has decreased significantly, the production volume of beer has remained about the same. Modern brewing techniques, such as high gravity brewing, faster primary fermentation, and shorter maturation times, have made the brewing process more productive.

When you decide to start brewing beer, the first step is deciding what equipment you need. There are many different types of beer-brewing equipment, as well as ingredients. Many kits come with all of the pieces you’ll need to start brewing beer. But if you’re a more ambitious brewer, you might want to consider building your own equipment.

Cleaning your equipment is another crucial part of brewing beer. Using brewing sanitizer will help keep harmful contaminants from getting into the beer. This can make the beer unfit for drinking. Make sure you don’t use any scented cleaners as these can impart unpleasant flavors. Another essential piece of equipment is an airlock, which prevents oxygen from entering your beer during fermentation and allows CO2 to escape.

Temperature is another important factor in brewing beer. If you don’t reach the proper temperature, your wort can start to cool down and grow bacteria. And if you miss the boiling point, you’ll end up with a nasty mess. A good thermometer will tell you when the wort has reached the right temperature, and will allow you to add the yeast at the correct time. While some homebrewers have used meat and candy thermometers for this purpose, a dedicated brewing thermometer will give you a more accurate reading.

You’ll also need some equipment to dispense your beer. These include fermenters, kegs, and air lines. Kegs are ideal for packaging because they prevent sunlight from affecting the flavor of the beer. Kegs are also recyclable, which is a huge benefit for the environment.

The four basic ingredients used in the brewing process are malted barley, water, yeast, and hops. These ingredients work together to provide the beer with a variety of characteristics. Among these are color, aroma, clarity, and foam stability. In addition, they contribute to the alcohol percentage and help maintain the beer’s flavor.

Hops are the most expensive of the ingredients used in brewing beer, but only a small amount is required for most batches. However, some styles require a high dose of hops to achieve the desired flavor and aroma profile. Hops can also serve as a natural preservative. Hops are harvested from vines, and they come in many different varieties.

Malt extract is a concentrated form of sugar from malted barley. It can be used in brewing, as it skips the mashing and boiling process. It is available in different types, and homebrewers can even find specialty malt extracts for specialty styles. Yeast is the single cell microorganism that turns sugar-rich wort into beer. It converts sugars into alcohol and carbon dioxide, making it a palatable drink. Yeast can be used for making both lagers and ales.

Aside from yeast, there are other ingredients used in the brewing process. Water, for example, can have a significant impact on the flavour of a beer. It accounts for 90% of the beer’s volume, and the quality of the water used in brewing beer can influence the flavour.

The type of yeast used in brewing a particular beer is also important. Different yeasts have different characteristics, which can result in dramatically different beers. Yeast strains also produce a variety of different compounds besides alcohol. For example, some types produce sour or tart flavors.

There are a number of factors to consider when calculating the cost of brewing beer. This includes identifying the components and costs of each. This information is essential to accurately price your beer. Your brewery management software should allow you to select the costing methods that will work best for your brewery. It should also account for varying costs as well as the difference between COGs and BoM.

The cost of brewing beer varies based on the number of ingredients and the experience of the brewer. Beginners will have to invest in equipment, although you can often find used equipment for much less. Depending on the beer you are planning to make, you can opt to use an all-grain brewing system, an extract brewing system, or a beer kit.

The cost of brewing beer is much lower than the cost of buying it from the store. There are over one million people who have started homebrewing, and thousands more are taking up the hobby each year. Some homebrewers dream of opening their own brewery. However, there are many obstacles to overcome before achieving success. A large part of the cost of brewing beer comes from the initial investment, and obtaining quality ingredients can be a challenge.

Another important factor is packaging. The process of brewing beer requires huge amounts of carbon dioxide. Most breweries use three times more CO2 than they need to carbonate the beer, so they often use large CO2 reclamation equipment. This helps avoid the cost of transporting the CO2 to the market. Additionally, the excess CO2 can be sold and used as an additional revenue stream.

Homebrewing kits may cost anywhere from $100 to $400. However, there are several things to consider before purchasing the equipment. First, you will need yeast. Yeast is a single cell organism that gives beer its flavor. However, some species can cause gastrointestinal problems when consumed in beer. Brewer’s yeast is available in dry form, and costs around $5-10 per gram. Typically, a 10g brewing kit will produce up to five gallons of beer.

Secondly, you’ll need water. Homebrewers can use tap water, but it is important to note that this can change the flavor of the beer. Distilled water is usually available for free in some places, but in other areas, you’ll need to pay at least $10 for filtered water. Finally, do not underestimate the time it takes to learn how to brew beer at home. It could take a month or two to learn the craft.

If you’re interested in making your own beer at home, then you’ve come to the right place. If you’re a beginner, it’s best to start with a kit or ingredient 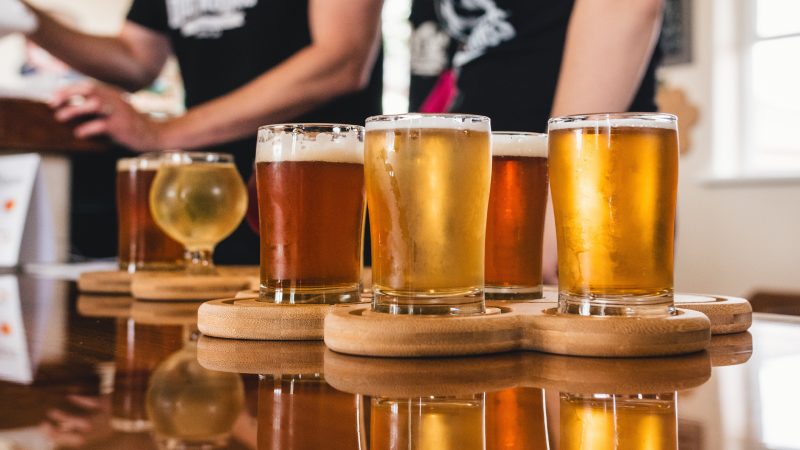