The Best Ingredients For Beer Brewing

When it comes to homebrewing beer, malt is one of the most important ingredients. This grain is dried and sprouted, and its type can influence the flavor of the finished product. Pale malt produces light colored beers, while dark malt creates dark colored ones. There are many different types of malt available, and Amazon is one of the best places to buy them.

Base malt is one of the most important ingredients for brewing beer because of the flavor and aroma it adds to the finished product. While there aren’t as many different types of base malt as there are specialty malts, choosing the right one for your recipe is crucial to creating a great product. Additionally, the right base malt can help you replicate the flavors and aromas of beer styles from all over the world.

Pale malt is a very common base malt used in brewing beer. It is light in color and usually has a high starch to protein ratio. It is an excellent choice for most ales and is also good for stouts, porters, and brown ales. Vienna malt is a step above pale malt in terms of color and works well with amber and Vienna lagers.

Pilsner malt is lighter than other base malts and is more common for light and pale beers. This type of malt is typically used in brewing traditional German and Czech Pilsner beers. It imparts a more subtle flavor and can be used as an entire mash bill.

When choosing base malt, consider its quality and price. It is best to buy it in bulk, as it makes up a large part of your grain bill. It is often available in 50 lb./22.7 kg bags. Buying malt in bulk can save you money and time. Just make sure you buy the best possible malt that converts well to beer.

Flaked oats are a popular ingredient in a wide variety of beers. They are high in fibre and have a high fat content, which makes them the ideal ingredient to add to beer. Oats are also cheap and easily available, and they can be easily added directly to the mash.

Adding oats to a beer recipe will improve its flavor and stability. A recent study by Taylor and Humphrey found that oats did not reduce the flavor of beer when added to wort. Another study by Schnitzenbaumer found that beer containing 30-40% oats had significant decreases in aging indicators such as heat and staling components. Another study by Hanke found a lower amount of heat and oxygen in a 100% oat malt beer compared to a barley beer.

Using flaked oats in a beer brewing recipe is a popular option because they can be used in any style of beer. Unlike malted barley, they do not have the husk or tannins that are found in malted grains. In addition, flaked oats are easy to digest.

Flaked oats are commonly used in oatmeal stouts, but are also becoming increasingly popular in many other styles of beer. They add body and a creamy mouthfeel and also slow down the wort runoff process. The beta glucans and gums in flaked oats help slow down the wort and increase the taste of beer.

The most important ingredient in a beer recipe is malt, which can come in various forms. Malt contributes a large portion of a beer’s flavor, color, and aroma. It is typically made from barley, though some beers use oats or wheat instead.

Malted grain is the most common starch source for beer. When mixed with water, sugars and yeast, it causes fermentation and produces alcohol. The most popular malted grain is barley, although other sources include wheat, oats, or rice. Malted barley is light-colored and used in many types of beer.

Malted barley can be purchased in powder or liquid form. Using these ingredients skips the mashing and boiling processes. They come in a wide variety of varieties, including specialty malt extracts for different types of beers. These ingredients are usually prepared through a complex process called malting. Professional brewers use maltsters to mince the grains and extract them.

When you’re brewing beer, one of the best ingredients to use is honey. This sweet, sticky substance adds a delicious and sweet flavor to beer. It should be added when the fermentation has slowed down and around the time you’ve added the dry hops. This will prevent the heat from driving away the honey’s flavor, while keeping the beer’s body at a manageable level.

Honey can be used in many beer recipes. It adds a subtle sweetness and raises the alcohol level in the beer, while reducing the body. It also has a high fermentability rate. It also contains trace amounts of vitamins and minerals. The sweet character of honey can be determined by the type of honey used.

In addition to adding sweetness, honey can add lightness to beer. The natural ingredient is rich in antioxidants, trace minerals, and antiseptic compounds. Many beers with honey have very little honey flavor because the sugar is fermented out. If you want to use honey as an ingredient, you should always use unfiltered, natural honey. Avoid ultra-pasteurized and pasteurized varieties, as these products have no pollen fingerprint and aren’t technically honey.

One of the best ways to use honey in beer brewing is to carbonate it. This will add a unique honey flavor to your beer, and can also give it an excellent aroma. You can do this by substituting one cup of priming sugar with half a cup of honey. Then, just add the rest of the water to the bottling bucket and bottle the resulting beer.

In order to craft the best beer, you should know all the ingredients that go into brewing. But, using extract only limits the amount of control you can have over your finished product. Instead, you should use malted grain, which offers a variety of flavors. Also, extract is not recommended for advanced brewers, because it has too few choices.

Malt extract is a concentrated form of sugars from malted barley. It’s available in powder and liquid forms. It is made by milling the grains and activating malt enzymes. This helps extract the fermentable sugars from the grains. Using extract eliminates the need to go through the entire mashing and milling process, thus saving you time and effort. Dry and liquid Malt Extracts have different sugar and water content, so it’s important to select the right one for your recipe.

Yeast is an important ingredient in beer brewing. It can dramatically change the flavor of your beer, accenting the maltiness and hoppiness and adding a sweet and dry finish. Understanding the characteristics of yeast will help you create the perfect beer. Yeast is often referred to as a “jack-of-all-trades,” meaning that it can be used for various purposes. For example, it is commonly used for making ales, but can also be used for making other types of beer.

There are also strains of yeast suited for specific styles of beer. American lagers, for example, are usually fermented with American ale yeast, which thrives in a cooler environment and produces lower amounts of sulfur and diacetyl. These qualities contribute to an uncluttered flavor profile.

When choosing yeast for a home brew, make sure you find a brand that offers premium yeast. There are many varieties of yeast available, and they are available in both dry and liquid forms. Dry yeast is the best option for a beginner because it eliminates extra variables and gives you a better chance of a strong fermentation. Liquid yeast provides more versatility and can be used for different styles of beer.

For beer with a smooth taste, it’s important to select a top-fermenting ale yeast. This type of yeast rises to the top of the container during the fermentation process, providing a distinct flavor and preventing the formation of phenolic off-flavors. This yeast is also a great choice for experimenting with wild fermentation, which is popular among craft brewers in the United States. 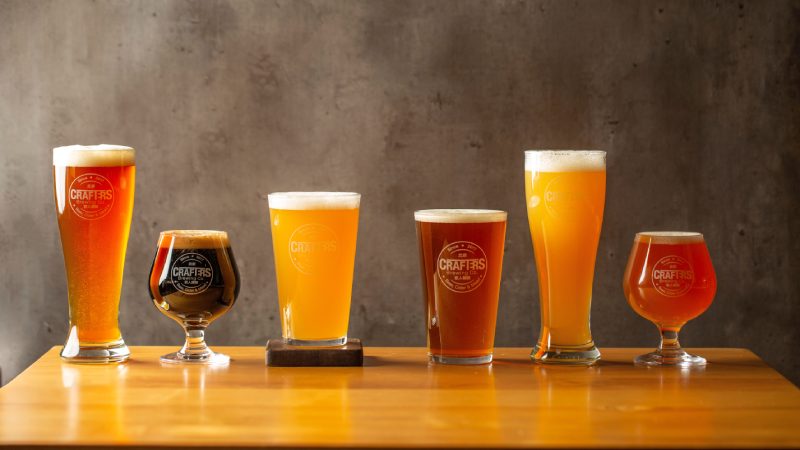 If you’re new to homebrewing, or you just want to try something new, there are many homebrew recipes you can try. Easy beers don’t need complicated techniques or ingredients, but