The Basics of Brewing Beer at Home 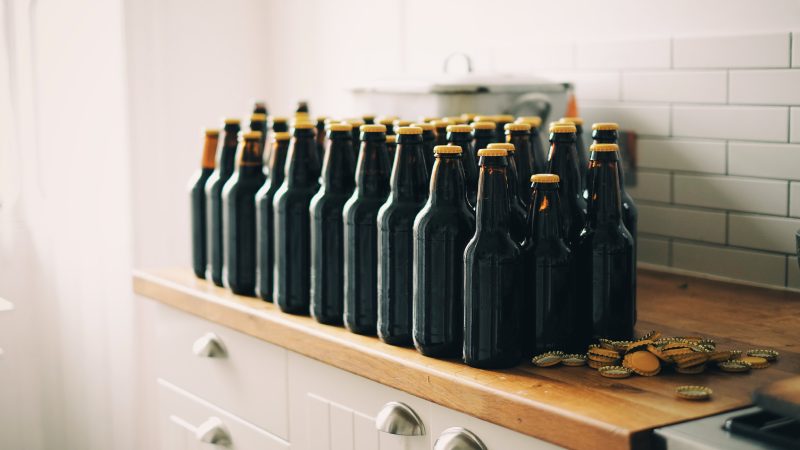 Among the ingredients of a good beer is the malt extract. There are different types of hops, too, and they all play an important role in the brewing process. A good spring water is recommended. Before starting the brewing process, you should make sure to purchase the necessary ingredients and store them properly. Store the malt in the refrigerator. Depending on the type of malt you use, you may need to purchase different kinds of hops, including crystal, English, and German.

There are many variations of beer made from the same basic ingredients, and a skilled brewmaster can turn these simple ingredients into something extraordinary. While water and grains are essential for many styles, adjuncts are used to create a wide variety of flavors. The brewing process involves the addition of different flavors and aromas that add character to the beer. Some of the most common adjuncts in beer making include coriander, salt, and fruit.

Malt is the primary source of fermentable sugars in beer, and it is used in all varieties of brew. Yeast and hops play secondary roles in enhancing the taste. Malt contains enzymes that convert starch into sugars and give beer its characteristic color. Malts also create a head on the beer, while the proteins in grain provide mouthfeel. In addition, hops provide an underlying bitterness that helps balance the sweetness of malt.

Hops are cone-shaped flowers found on hop vines. Hops add a bitterness to the beer and also impart aromas. Hops are added in small quantities, and are most commonly pelletized. However, you can buy whole hops if you want to make your own beer. Another important ingredient is water. Filtered water is preferable because it retains less dissolved minerals. You can find out more about water in the following article.

You can buy dry or liquid yeast. Dry yeast is available in foil pouches and is similar to the powdered yeast used in baking bread. You can keep unused packets of dry yeast in a refrigerator for several months, while crushed yeast can keep for years. To preserve your yeast for years, place it in a refrigerator or freezer. If you want to brew beer with it later, you can re-use it.

While homebrewing beer does not require a huge amount of equipment, you do need to have a good fermentation vessel for your fermented drink. There are many types of fermenting vessels, and they all have different purposes. The primary purpose of a fermentation vessel is to maintain the temperature of the beer wort. The temperature of the beer wort depends on the style of beer you’re brewing and the yeast strain you’re using.

When choosing a fermentation vessel for homebrewing beer, keep in mind that different styles of beer require different fermentation times. Some fermenting vessels are designed to keep the temperature constant and eliminate fluctuations in alcohol content, taste, and visual appearance. Many of these vessels come with controls to regulate temperature and add yeast at different stages. The vessel you choose should also allow you to extract yeast and sample the beer during the fermentation process. Listed below are some of the most popular fermenting vessels for homebrewing beer.

The pressure in a fermentation vessel should be just above the optimum level for yeast growth. The ideal pressure will depend on the capacity of the vessel, but different types of yeast will respond differently to different pressures. At 50 MPa, which is approximately 7,252 PSI, yeast will die. At a lower pressure, 2.5atm, around 37 PSI, yeast will stop growing. Once this point, cell division will cease to occur and the beer will be ready for bottling.

Another factor to consider when choosing a fermentation vessel is the material of the vessel. Glass, epoxy, and enamel are the most common materials for homebrewing beer fermenters. However, these materials can be difficult to clean and are only suitable for beer-making in a closed room. If you choose an open fermentation vessel, make sure that it is lined with a nonporous material such as glass or enamel. This will ensure a sanitary inner surface.

For ale and lager fermentation, the best temperatures are between 60 and 72 degrees Fahrenheit (14 to 15 degrees Celsius). Using room temperature to start your brew is a good idea, but you can also experiment with other fermenting temperatures. Lager yeasts prefer colder fermentation, and they should be fermented at a cooler temperature if you’re making a session lager. This will allow the wort to reach the right temperature at the end of the fermenting process.

The best way to control fermentation temperatures is to use a fermentation chamber, which can be attached to a refrigerator or chest freezer. Some brewers use a power interrupt thermostat to evenly distribute the temperature inside the chamber. However, not everyone can keep their fermentation chamber as cold as they would like. This is why beginning homebrewers generally stick to ales because they ferment much easier at room temperature. You can also use a digital room thermometer to monitor temperature fluctuations.

The temperature of your wort is essential for regular fermentation. It is important to remember that yeast cells become tired as the environment gets hotter. A slow rise in temperature will ensure that the yeast cells continue to work and produce a regular batch of beer. A fictional saison can start at 70degF and hold it there for 72 hours, and then slowly raise it to 75degF. Keep in mind that your personal tastes and preferences may differ slightly, and it’s important to experiment with your beer to find the right temperatures for you.

The basic process of brewing beer begins with soaking malted barley in hot water to activate enzymes. The water also facilitates faster conversion of the grain’s starch reserves into sugars. The malted barley and sugars are then boiled together with hops and yeast, and the finished product is beer! It’s not as hard as it sounds, so there’s no reason to put off brewing your own beer!

A variety of malts can impart distinct flavors to your brew. CaraMunich, for example, adds a distinctive orange and reddish hue to your beer. Special Roast adds a sourdough and biscuit flavor and is best for brewing darker beers. Among the lighter varieties, there’s Chocolate Malt, or roasted black malt, which imparts a deep, rich flavor to beer. This type of malt is often used for brewing stronger stouts and porters.

To begin brewing beer, you’ll need to purchase malt. Most malts are made of barley, but some are made from rye and wheat. There are literally hundreds of different types, so it’s important to select malt that complements the type of beer you plan to brew. Choose your malt based on its flavor and aroma. Most German malts are ideal for lagers.

Malt is a grain that has been specially prepared for brewing. It contains the sugars that yeast needs to metabolize and turn into alcohol. Malted barley is typically used for both extract and all-grain brewing. While American base malt tends to be milder than British, both types contribute to the flavor of beer. In addition to barley, you can also use rye, wheat, or even rice.

Yeasts for brewing beer at the kitchen sink can be used to create a variety of styles and flavors. While some strains are good for lagers, others are best for fruity ales. To learn more about which strains work best for your style, read the descriptors on the label. This will help you determine which yeast is best for your homebrew. Read the descriptors and make notes when you try each strain.

The brewer’s yeast will begin fermentation by growing logarithmically. They consume sugars in the wort, such as glucose and maltose. They reproduce rapidly and can grow to a significant size. The fermentation process will last from three to seven days. Once the wort has reached the proper temperature and is fermented properly, the yeast will begin converting sugars into alcohol and carbon dioxide.

Ale yeasts are the most common type of yeasts used in brewing beer. These strains perform differently, with different levels of attenuation and flocculation. The flavor profile of each type of ale will be unique. Different strains produce different types of beer, but most ale yeasts have one thing in common – the fermentation temperature. While 68 F/20 C is the ideal temperature for fermentation, they are tolerant of temperatures up to 95 F. Because of this, if you want a fruity ale, you can use an ale yeast strain. 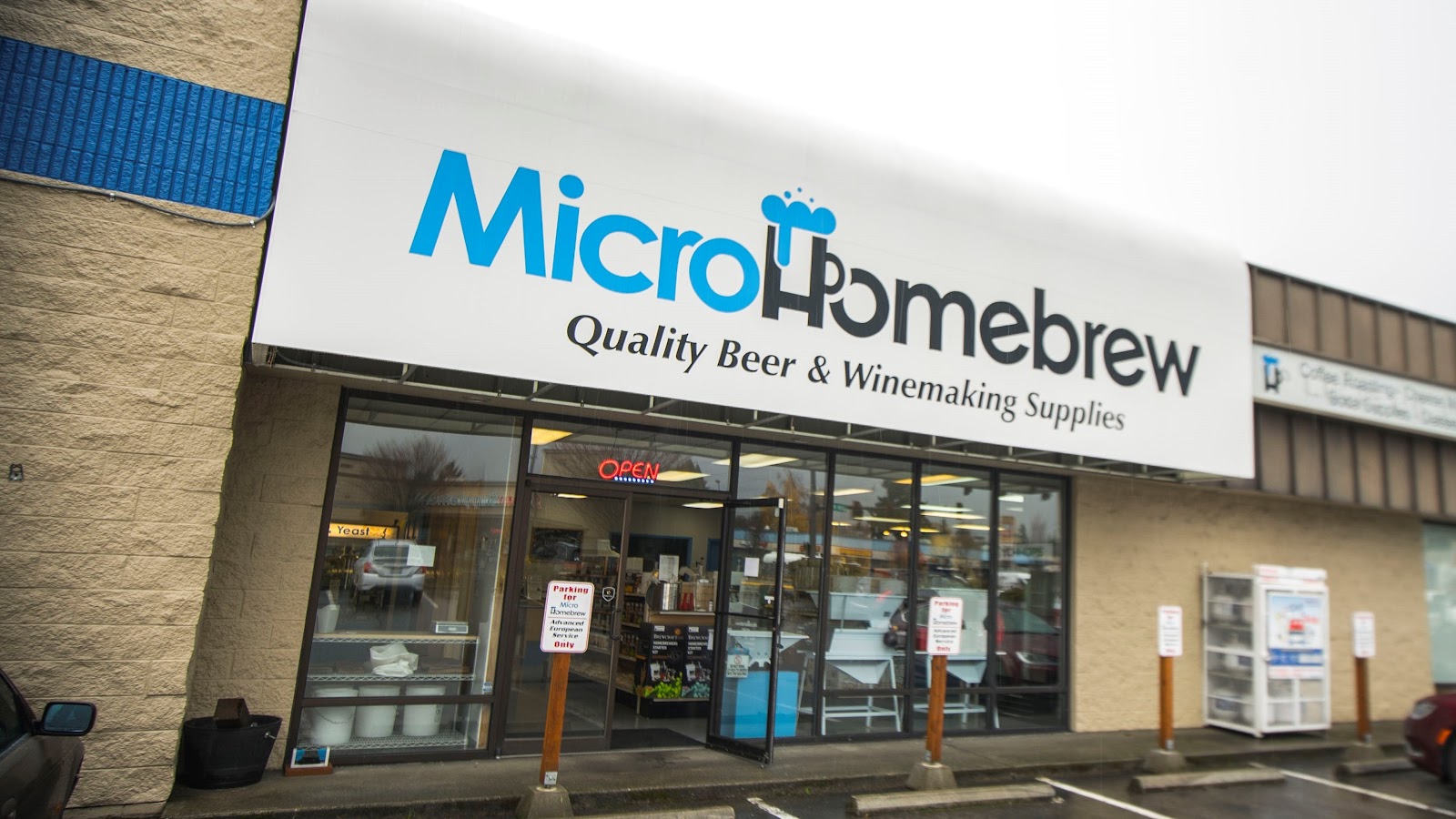 There are many different ways to brew beer. You will learn about the ingredients you need to make the beer, the equipment you will need, and the cost. After you 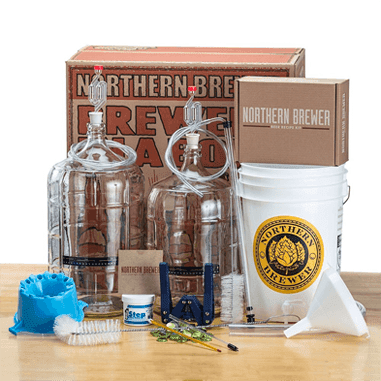 If you’re interested in making your own beer at home, then you’ve come to the right place. If you’re a beginner, it’s best to start with a kit or ingredient